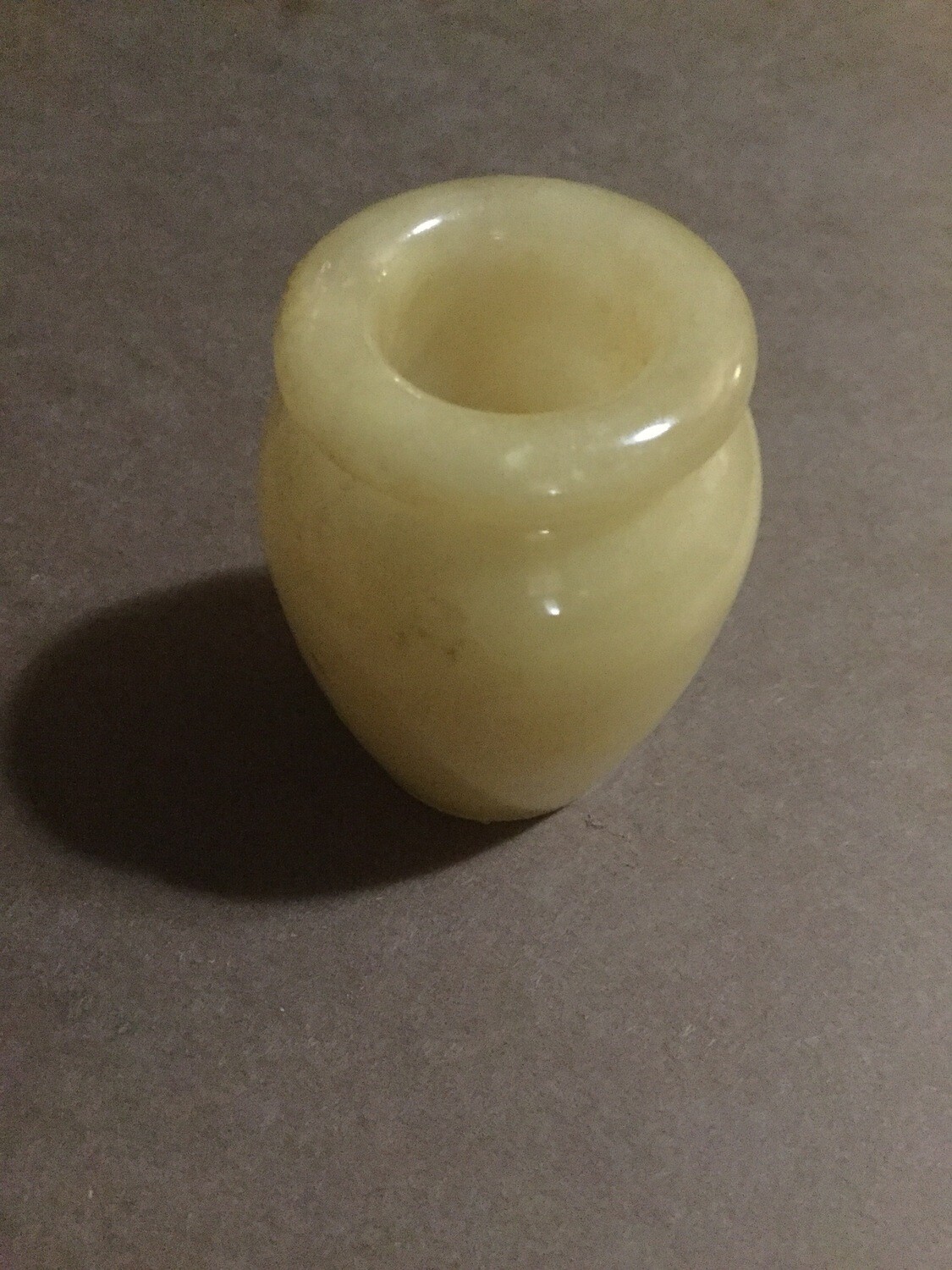 One of a series of remarkable "Bio-Energy Batteries" that I recently acquired from an estate sale... Emits a specific frequency of energy, which is directly absorbed and utilized within oneself.

To Elevate the properties and powers of one's "Animal Magnetism" energy levels...

An article published in London in 1791 stated that "admitted a plenum or universal principle of fluid matter, which occupies all space; and that as all bodies moving in the world, abound with pores, this fluid matter introduces itself through the interstices and returns backwards and forwards, flowing through one body by the currents which issue therefrom to another, as in a magnet, which produces that phenomenon which we call Animal Magnetism. This fluid consists of fire, air and spirit, and like all other fluids tends to an equilibrium..." Thus, a state of energetic balance with the elemental essences...

From the Royal Academy of Medicine of Paris, in 1826, "...conclude with certainty that this state exists, when it gives rise to the development of new faculties..." These faculties specifically included clairvoyance and intuition.

Thus, we see the energetic connectivity to be the "substance" of psychic powers... the internal antenna that makes one susceptible and receptive to psychic stimuli and "channels".

Within this small vessel, add a pinch of sea salt (for ionic properties), a few drops of lemon juice (for acidic properties), and a penny, or other small piece of copper (as a conductor). Then, fill just over half way with water (distilled or rain water would be best, as a catalyst)

Allow the water, salt, lemon juice and penny to remain within the vessel for at least 10 minutes... Then, hold the vessel in your hand for five to ten minutes. The enchantment of this talisman, through all the contents added therein, will flow within thee.

Surely this glorious offering will be a great asset unto thee.