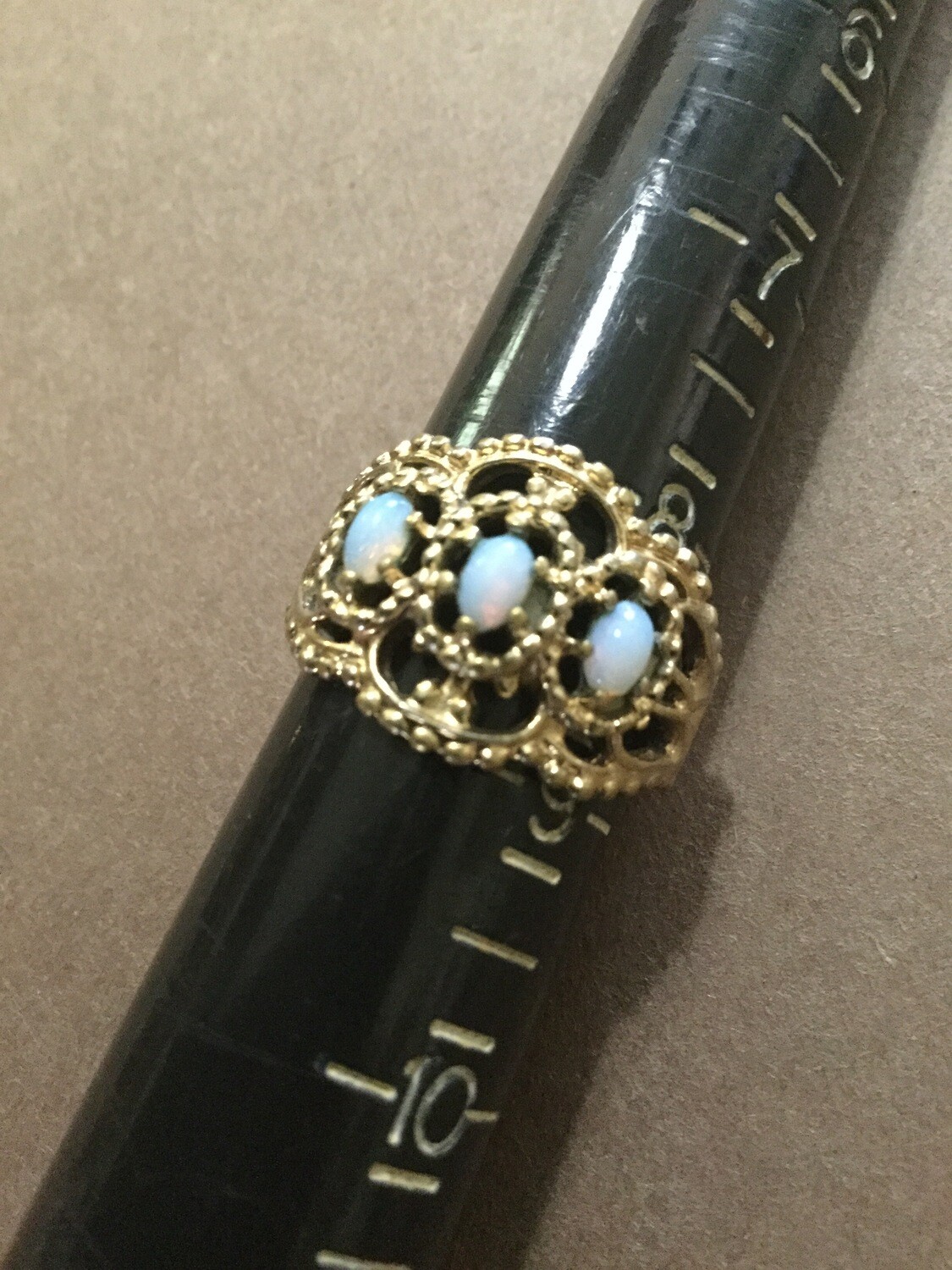 This ring casts an anointing of the Gift of The Double Crown (Pschent / Sekhemty)... Which is more than the union of Upper and Lower Egypt... it is the combined powers of Two, as One. It is the union of Mind and Soul... The awareness of Spirit-Mind, and awakening of the Consciousness of the Soul.

As you spend time near this talisman, this blessed gift shall come upon thee... your awareness of spiritual self, and higher spiritual greatness, shall be awakened unto new levels... ascending unto higher reaches... To Gain the Greatness of the Gift of the Double Crown.

Spend time near this talisman whenever you desire to enter higher spiritual states of mind / levels of etheric consciousness.

Surely this glorious offering will be a great asset upon the journey of thy path.